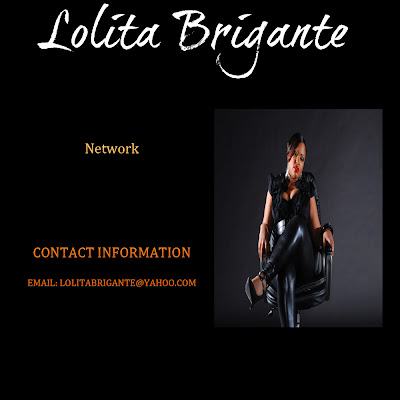 INTERVIEW: Q And A with Lolita Brigante @LOLITABRIGANTE
(The Mind of a female EMCEE)
Q: What’s the origin of the Lolita Brigante Name?
A: “Lolita” is from “long island lolita” taking matters into my own hands when others are moving too slow theory, “Brigante” represents the “Loyalty my Suicide” motto…like Carlito Brigante in Carlitos way…he stuck to his word and in the end his loyalty is what caused his death (watch the movie)!
Q: Where are you from?
A:. I was born and raised in the Bushwick section of Brooklyn NY
Q: Describe your sound
A:   My sound may be described as a little harsher than what people might expect to hear from a female in sum cases but I rap, not just rhyme!
I love to say what I want, and I love storytelling. NY flow, BK head bounce shit we don’t do too much dancing up there, but I definitely have a love for reggae, reggaeton, and Dirty South, sounds that get you up out your seat.
Q: Who influences you?
A: Any female that has made a name for herself in this industry influences me but ]Lil Kim is a rider, she never gives up, she has many talents (dancing with the stars etc.) and she doesn’t let negative talk discourage her. For 15 yrs she has been the topic or a topic amongst rappers period! Not just females….her loyalty to her fans, family, friends and B.I.G. is unmatched!
Q: What are some of your greatest accomplishments?
A: Greatest accomplishments as far as music goes I’m still working on, but I’m very proud of my mixtapes, they represent me! Lolita B.

Lolita Brigante: “Guns and Roses” The Mixtape by phoenixstar9