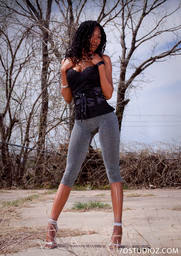 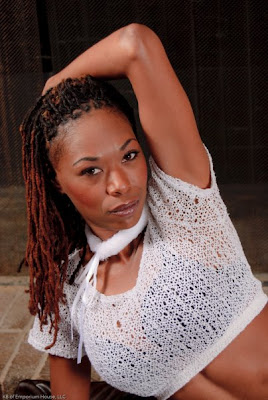 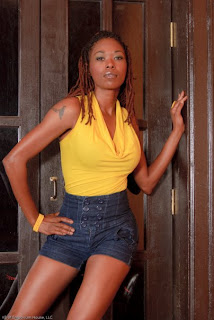 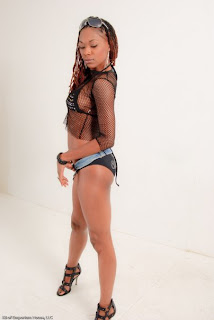 Ronzie S. born to the parents of Carol and David Bates started modeling at an early age. At age of five she participated in a community runway show at Sunny Side Community Center in Houston, TX. By age of 15 she worked for an internet company in Livingston, TX. She did advertisement modeling for local stores, shops, and online items. By the age of 16 she won a runway contest coordinated by her mother; to raise money for the band department at her high school. Ronzie S. was captain of the flag corp, parliamentarian of F.H.A, played clarinet and bass drum, ran varsity track, played volleyball and basketball. By staying active she remained in shape.

By the age of 21 she was signed to a modeling agency in Kansas City, MO called M.T.G (Model Talent Group). During her 4yr run with the agency she worked for Levi Jeans, Budweiser, Bakers shoes, and many more. She is a MUA for JVincePhotography and Shilouette management. She has done make up for 2010 award winning video director in the south Mr. Boomtown video he directed for a client of Ronzie. She has coordinated events such as, an E.P. release party for her client STITCH and Oh Fo Sho music video. She is and excellent Agent to models and music artist. STITCH is Grind Time Champion Rapper in the Midwest and another of her clients is on tour with Master P at this time.

Ronzie and STITCH started an entertainment company in 2005 called Original Crew Entertainment where they hosted and coordinated Mardi Gras events in Houston and worked with the producers and artist of Track Star Entertainment. Ronzie started a non-profit organization called Queens of Dreams Inc. This organization caters to the knowledge of entertainment to the youth. She goes into schools and centers to educate the youth through her learning experiences. She has taught dance, theater and creative writing classes for Houston Independent School District for 3yrs.

Ronzie S. was also the Official beautician for Jam Source Magazine anniversary fashion show in 2009. She has done hair for “Bad is the New Good” fashion show also. After obtaining her BA in Business Administration and National Certification in Phlebotomy and M.A from National American University in KCMO she returned to Texas where she is under the management of TopKnotch Management. She is the Offical Hair Stylist for Centop Music videos as well as being a featured model in the video. She is June and July Model of the month for www.hiphopshortys.com and the administrator of the site. She has written and recited many poems and writes blogs about music, fashion and more.

Ronzie is a business women before anything. She has her own Model Training Class which she holds every Tuesday and Thursday. She teaches other models how to walk on the runway, how to be fierce, basic makeup applications, go-see behavior, how to pose and much more. The sky is the limit for her with all her talents. She eventually wants to be a motivational speaker or host for a T.V show and continue to operate her two businesses and training class.