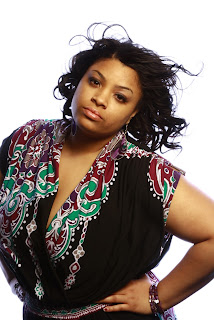 Amber Essence is an R&B artist that was born in San Francisco and raised in Oakland, CA. Amber has been singing ever since she was a toddler, but became very interested in a career in singing at just 10 years old. Frustrated with the fact that her family couldn’t afford professional singing lessons, she taught herself to sing by listening to and mimicking notes and melodies from artists such as Aaliyah, Destiny’s Child, Faith Evans, Mariah Carey and Monica.

Growing up, having an education was her and her family’s main focus because if singing didn’t work out, she could always find something to fall back on. Not wanting to give up music entirely, Amber found a way to do both. While attending CSU, Chico she found opportunities to perform in talent competitions and open mic’s to gain some exposure. She recorded her first song entitled Come Get With Me in her roommates closet and thats where it all began. Amber has collaborated with many artists, including her extremely talented younger brother, Trhilla, who is featured on Come Get With Me. With a sound heavily influenced by popular 90s R&B, Amber Essences songs are without a doubt sure to become instant hits and definitely ones you will leave on repeat.

Now after she’s graduated she’s ready to focus on trying to make a career out of her passion; making music. With the help of Bryant and Bryttina Wyatt of Mydas Touch Entertainment, Amber is working on an album that will hopefully give her the opportunity to share her music worldwide. To listen to her music go to myspace.com/amberessencemusic. You can also follow her on twitter @MsAmBeReSsEnCe, “Like” her on Facebook by searching: Amber Essece and check her out on YouTube at www.youtube.com/user/msamberessence.

Check out her Track “LOVE ME TOO”