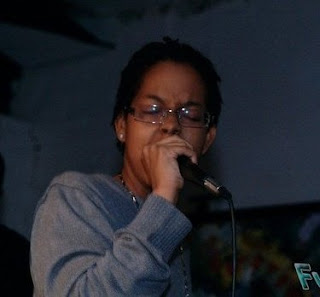 I never thought that my life would be where it is today. Most people can relate to this saying at some point in their lives. No matter how planned out you make your life, sometimes life has other plans.
Jasmine Yung Snazz Lyons was born September 25th 1989 in Detroit, MI. She was raised by her mother. Growing up was hard for me emotionally. I didn’t have that two parent home that you see on T.V. The lack of her fathers presence never interferes with her dreams and goals. Yung had always had a love for music since a very early age. My first experience with music was in the third grade when I learned to play the violin. She went on to join the glee club and was sometimes teased because she seemed to be the only kid in her class that thought the glee club was cool. Her first big musical moment took place when she was ten. I never thought I was mush of a singer but I had heart and I worked hard. I got my first big moment at my schools Christmas program. From that day forward she became addicted to the spotlight.
Not only was Yung musically inclined she always excelled in academics as well. Learning was another passion that I developed at an early age. I loved school and I made the honor roll every year. She was set up by her father to be a lawyer. My father was a lawyer and when he was around he would talk to be about becoming a lawyer. My road to a career was not with music. Music was put on hold for the next couple of years.
The poetic feel of Hip Hop was the thing that got me into rapping. Through most of her junior high years Yung went through stages off depression. I felt alone. My dad was never around anymore and I was still mourning the loss of my grandmother. Artist like Eminem and Jay-Z helped to keep her afloat. She began to write poetry to escape and vent about the hardships in her life. Hip Hop saved me. It was my escape. My poetry soon turned into something different; rap.
Yung start to spend more time writing poetry and rap lyrics. I would sit on my front porch with my friends and family and freestyle. I never took it seriously enough to where I thought to record anything or that people would even enjoy hearing me rap. She was wrong. Yung began posting videos of herself on Youtube. She would film herself from her dorm room with her webcam. She got a lot of good responses from people. People would tell me what I could do to improve and what I was doing right. Yung went into the studio in April of 2008 to record for the first time with some of her friends. I was nervous but I did it. Since that day I have been addicted to the booth. She performed live for the first time a month later. I went on after and began to step out on my own and make a little name for myself in my city [Detroit]. Yung Snazz was born. Her first official single was a track titled Snazzy Go Hard. The song that I feel really set me up is my song King of Sorrow. This song is a personal favorite of a lot of people that support her and listen to her music.
Yungs style is a versatile one. She makes music that makes you dance and just want to have a good time such as The Anthem and Last Night. On the other hand songs such as King of Sorrow and Back Against the Wall are more on the conscious end of the music spectrum. I still have a long way to go from here. Its the beginning of something that I’m hoping is bigger then what I’m expecting